Did You Know - Updated Weekly 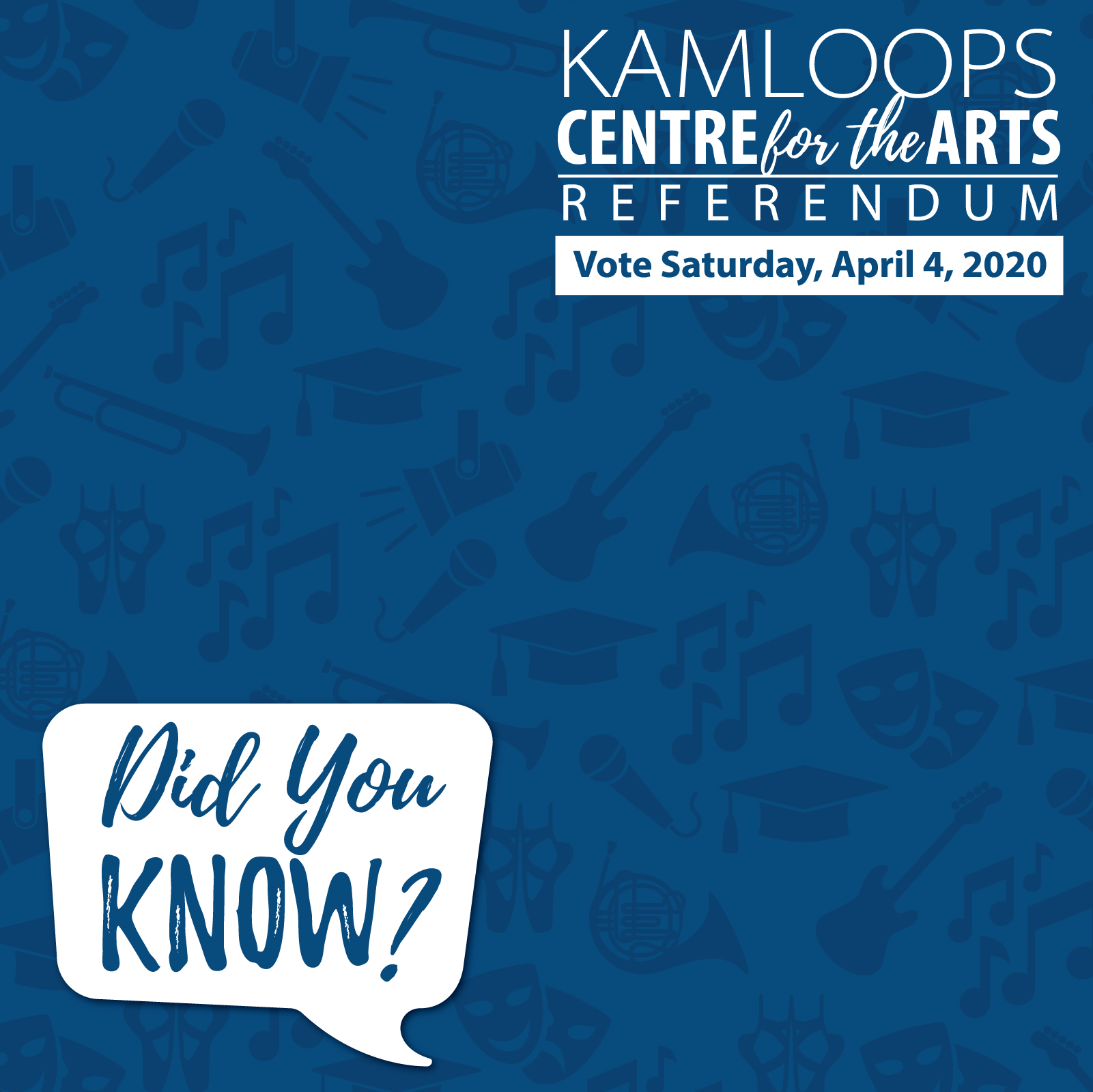 To highlight facts and information about the Kamloops Centre for the Arts (KCA), we will be issuing a regular “Did You Know” feature through the City social media channels and on the City’s Let’s Talk website.

We encourage you to share the information with those who are interested in learning more about the KCA project and the referendum process.

The capital cost for building the Kamloops Centre for the Arts does not project any tax increase for any taxpayer, residential or business. The financial plan will keep the City’s debt payments at approximately $6 million, which reflects the Tournament Capital Centre (TCC) program loans being paid off and the borrowing for the KCA replacing the TCC debt in 2024. View the Project Annual Debt (Mortgage) Servicing graph.

Many of the civic/community uses that are projected for this facility will benefit from a 1,200 seat theatre, such as high school graduations, university convocations, speaker series, and special celebrations. Year-end dance shows, traveling broadway productions, and music tours are also projected.

Attracting business to Kamloops can be like the story of Goldilocks and the Three Bears - finding a venue with seats that is just right - not too big, not too small! The Kamloops Centre for the Arts would place Kamloops in a competitive market to attract larger performances, such as theatre, music and comedy, as well as securing tournament and sporting events, with seating options that are just right!

Enhancing offerings in arts and culture provides opportunities for increased tourism through attending events, shows, and festivals, as well as generating visitor spending on hotels, transportation, restaurants, retail, and other business spin-offs.

Did You Know - February 5

Once established (by year 5) the estimated annual operating contribution from the City is $383,000, which is approximately $1.22 per month for the average household.

Once constructed, the Kamloops Centre for the Arts would help Kamloops’ Tournament Capital program build on its success and attract large sporting events by providing a competitive venue to host the award ceremonies, celebrations, and volunteer events that have become an expected component of a host City.

The proposed design for the Kamloops Centre for the Arts allows for all three theatre spaces to be used at the same time with complete sound separation and to be serviced by a 9,000 sq.ft. lobby.

There were 3,862 children and youth registered in arts and culture programs in 2019 in Kamloops. The Kamloops Centre for the Arts would assist in providing facility space to the programs to host performances, competitions, and rehearsals.

Did You Know - January 8

In 2019, over 1000 students graduated from School District 73. Graduation ceremonies were held in churches, school gymnasiums, sporting arenas, and a conference centre to accommodate the size of the graduating classes. The Kamloops Centre for the Arts will provide students with a venue appropriate in size and decorum.